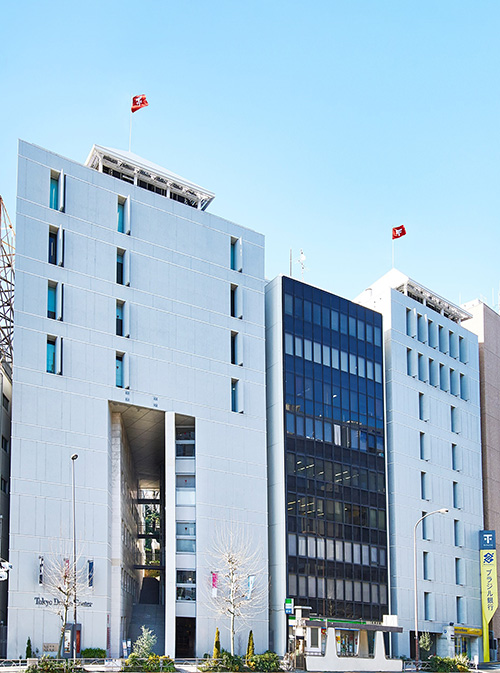 By J.R. : 2minutes walk from Yamanote Line / Gotanda Station
By Subway : located in front of the Exit A7 of Asakusa Line
By Car : 3minutes from Meguro exit ramp of Expressway Route 2

Gotanda lies in the southern part of Tokyo near the new urban centers of Shinagawa and Osaki. Nearby there are many attractions such as the Tokyo Garden Museum and the Hara Museum of Modern Art as well as many hotels of an international standard.

The Tokyo Design Center is situated just opposite Gotanda Railway Station. It is only one hours drive from Narita International Airport, half an hour from Haneda Airport and just fifteen minutes by Yamanote Line from Tokyo Station. This means that it is very easy to get to, either from other parts of Japan or from abroad.

The Center has already become established as a landmark on the Tokyo skyline. Wether approached by car or on foot from Gotanda Station, this massive building stands unique against the concrete urban landscape.